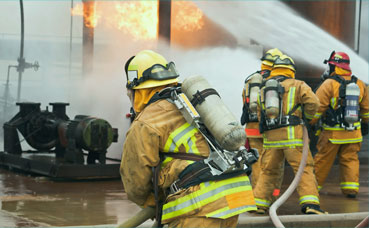 The global terrorism threat has moved into a new and more complicated phase. Intelligence agencies are tackling these threats on more fronts than ever, wh​​ether at home, internationally, or online.  Plots, attacks, malicious cyber events, and political instability are becoming increasingly common, and these diverse damages pose serious challenges to all tiers of government.

The spread of extremism, in particular, has led to a growing number of devastating terrorist attacks in recent years.  All those carried out in Western countries have focused primarily on crowded spaces with a clear objective to cause mass casualties. The capabilities of terrorists range from isolated lone-wolf attacks to coordinated shootings and bombings in urban centers.

This information should provide an overview of how the Federal Australian Terrorism Scheme responds to acts of terrorism to provide you with a tool to manage losses or damage.

Local governments play​ a critical role in the provision of infrastructure and services to the community, from ownership over critical road networks, bridges, and carparks, to major gathering points such as recreation cent​ers, community events, and other cultural facilities.

As we have seen with nat​ural disasters, local governments - especially in regional WA - are the primary responders. As the terrorism threat continues to escalate, with an emphasis on causing more loss of life and economic damage than traditional property damage, we need to ensure terrorism is part of our discussions when considering risk.

A key imperative for your local government is to prepare for a terrorist attack. Part of this is simply having a pre-prepared communication strategy, knowing where people are, and how to contact them in an emergency event. It is also essential to have crisis management and business continuity plans in place and well-rehearsed in order to deal with the complexity of this type of event.

All responses need to be well prepared, building resilient operations to ensure your local government is equipped for any eventuality, including the vast teams of people involved after an attack – from engineers, planners and rangers, to security consultants and post-traumatic stress counsellors.

The Australian National Security agency recently published its strategy​ for protecting crowded places from terrorism. This paper provides guidance that will assist you in understanding and implementing protective security measures for your local government.

Earlier this year, an Australian Strategic Policy Institute (ASPI) publication highlighted the importance of ensuring preparedness against terrorism events, and the fact they are not restricted to metropolitan areas, which highlights the need to expand planning into regional areas.  As we have seen recently in Britain and France, terrorists will target softer and more vulnerable locations.

In the event of a terrorist attack, there is sadly a likelihood of human collateral, as well as property damage and business interruption. All of this has important implications on the provision of terror cover.

How does the Federal Terrorism Insurance Scheme work in Australia?​​

The destruction of the World Trade Centre in New York on 11 September, 2001 changed the way the commercial insurance market looked at terrorism risk. Insurers and reinsurers sustained previously unimaginable losses. They realised they were covering terrorism risk virtually free of charge, and decided to reduce their exposure to terrorism, or withdraw cover for the risk.

As a result, a large pool of assets were potentially uninsured for terrorism risk, the Australian Government was concerned by this lack of comprehensive cover for commercial property or infrastructure. It established the terrorism insurance scheme, to provide the reinsurance to insurers that had been withdrawn by commercial reinsurers. In general terms, this covers all commercial property in Australia and associated business interruption losses.

Outline of the Terrorism Insurance Scheme

LGIS is captured within the definition of a Discretionary Mutual Fund (DMF) under the Terrorism Insurance Act 2003, however, it is only the Self-Insured Retention (currently $8M), that is not an eligible contract under the Act.  It is important to remember that this pooled cover is protected beyond its limits by insurance contracts that are covered under the Act.   As part of LGIS Property's costs of insurance the ARPC levy is paid at prescribed amounts per member.


Therefore, in the event of a terrorist event (as declared by the Minister under The Act), LGIS can consider and pay claims from the Self-Insured retention as it does all other claims (e.g. fire, cyclone and earthquake).  Any amount beyond these limits will then be addressed by indemnity covers under the provisions of the Act, as would any other traditional form of insurance.

Thinking about your spring and summer events season, assess your preventative measures and work closely with state and emergency organisations to plan for, and understand your roles and responsibilities, in the event of a terrorist incident and other potential emergencies. You may find value in a recently issued strategy and supporting material for protecting crowded places from terrorism published by the Australia-New Zealand Counter-Terrorism Committee.

If you would like further information or assistance, please contact Udam Wickremaratne, LGIS Property Portfolio Manager on (08) 9483 8888.​

Does risk management seem complicated, time consuming or disconnected from what you’re trying to achieve? Could you risk management program add more value to your local government decision making processes?

The Australian Standard 3745-2010 Planning for Emergencies in Facilities denotes that all publicly owned buildings must display an emergency evacuation diagram. This is mandated in Occupational Health and Safety Regulations and Public Building Health Regulations 26.

If you have workers on the road, working in isolation in remote area, or simply out and about, the use of available emergency apps is an effective supplement to your emergency management program.

Your Session is about to expire. Please click here to renew your session.
;